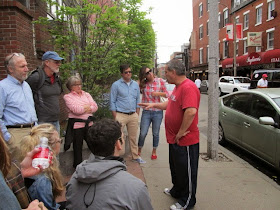 We were invited by the website Vimbly recently to try out their service which aggregates a number of local tours, special events and mini-courses taking place in and around the city.  We perused the offerings mostly involving food and selected a tour of the North End and a three hour photography course on Boston Common designed to help you learn how to use all of those buttons and settings that you haven't mastered yet.

The Boston Politically Incorrect Little Italy Tour turned out to be very fun.  There was a group of about a dozen people of all ages mostly from out of town and we met just off Hanover Street.  Our Tour Guide, Anthony Gesualdi, is a lifelong resident of the North End and a former restaurateur (who also appeared on Gordon Ramsay's Kitchen Nightmares).  He seemed to know everyone in the neighborhood including quite a few colorful characters, not to say he wasn't one himself. 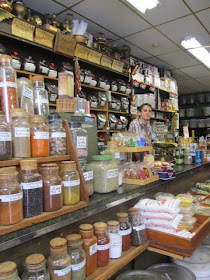 We visited some of the small shops filled with spices and imported foods and candies.  We heard stories about the mob and how it at one time thrived in the area when he was a boy.  We walked with the residents who still maintain traditions and have an ethnic flair they are proud of. 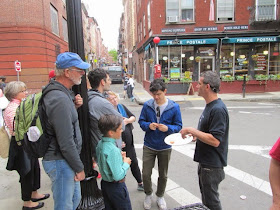 A childhood friend of Anthony owns a few restaurants and when we bumped into him he insisted that we try some of his homemade cavatelli.  It was delicious.  We also tasted an Italian Sub Sandwich from one of the small takeout places. 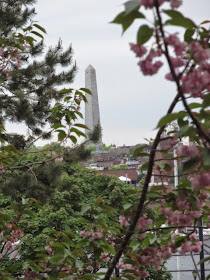 We stopped at a local park to enjoy the views of Boston and learned how important the public spaces are in this tight knit community where people gather to play bocce and reminisce, walk with lovers or just sit and rest for an hour outdoors on a sunny day. 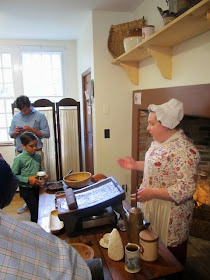 The younger participant in our tour really enjoyed the colonial chocolate making demonstration in the shop near the Old North Church where we all got a sample but the focus was more on the culture of the North End than US history for us. 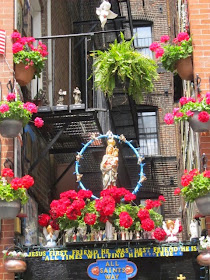 We walked the side streets and took in some of the colorful spots created by unique local residents.  It was all part of the lifestyle that makes the area special, gives it an old school, old world, European feel.  Sure, we're in a big, modern, beautiful city but on some of these side streets you could be in a village in Italy. 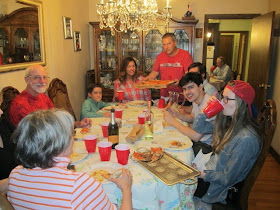 The absolute highlight of the tour was when Tony invited us over to his Mama's house for a bite to eat.  Mama Maria, a resident for well over 50 years, welcomed us into her home graciously.  We brought pizza from Regina's and wine from the local wine shop and she served us homemade eggplant parmigiana.  Many said it was the best they'd ever had.

I loved the tour and learning about this part of our city with the insight of a "politically incorrect" local rather than just another bland tour guide.  It was often quite comical but also heartwarming and real.  It made me realize, once again, just how much I love the North End and really should spend more time there.  The restaurants were full.  So many people were dressed elegantly in the middle of the day.  It was so alive and refreshing to see all of these places full of people really enjoying life. You would not be disappointed at all stopping by.